Let's start with some color theory basics. Then, I will briefly go through the 4-season color theory, and later show how it evolved into the 12 seasons, and then eventually my ColorBreeze Color system.

Depending on where you are in your understanding of color analysis, you can start at the 12 season system. If you are relatively new to Color Analysis, I would start from the very beginning, because most color systems evolved from the original 4 seasons. Starting at the more advanced systems can be confusing unless you have a firm understanding of the previous system from which they were built.

Color Theory, in general, can be as simple as our color wheel to very complex color systems used in printing, computers, lasers, etc.

Fortunately for us, for the 4-Season color theory as well as even the most advanced, we only need to understand three basic concepts: color Hue (where we can know its temperature), color Value (lightness and darkness) and color Chroma (muted or saturated).

Hue means simply what color an object is, like red, orange, or green.
Every Hue will be either warm or cool, or some combination of the two.
So for our purposes, when we refer to Hue, we can also identify it's Temperature or Undertone.

I know that Red is usually considered a Warm color. But for our purposes, red is neutral in temperature. Think about it: a true red doesn't contain any blue or yellow. Thus anyone can wear red, providing it matches a person's value and saturation. Add some yellow, and it becomes a warm red; add some blue, and it becomes a cool red. 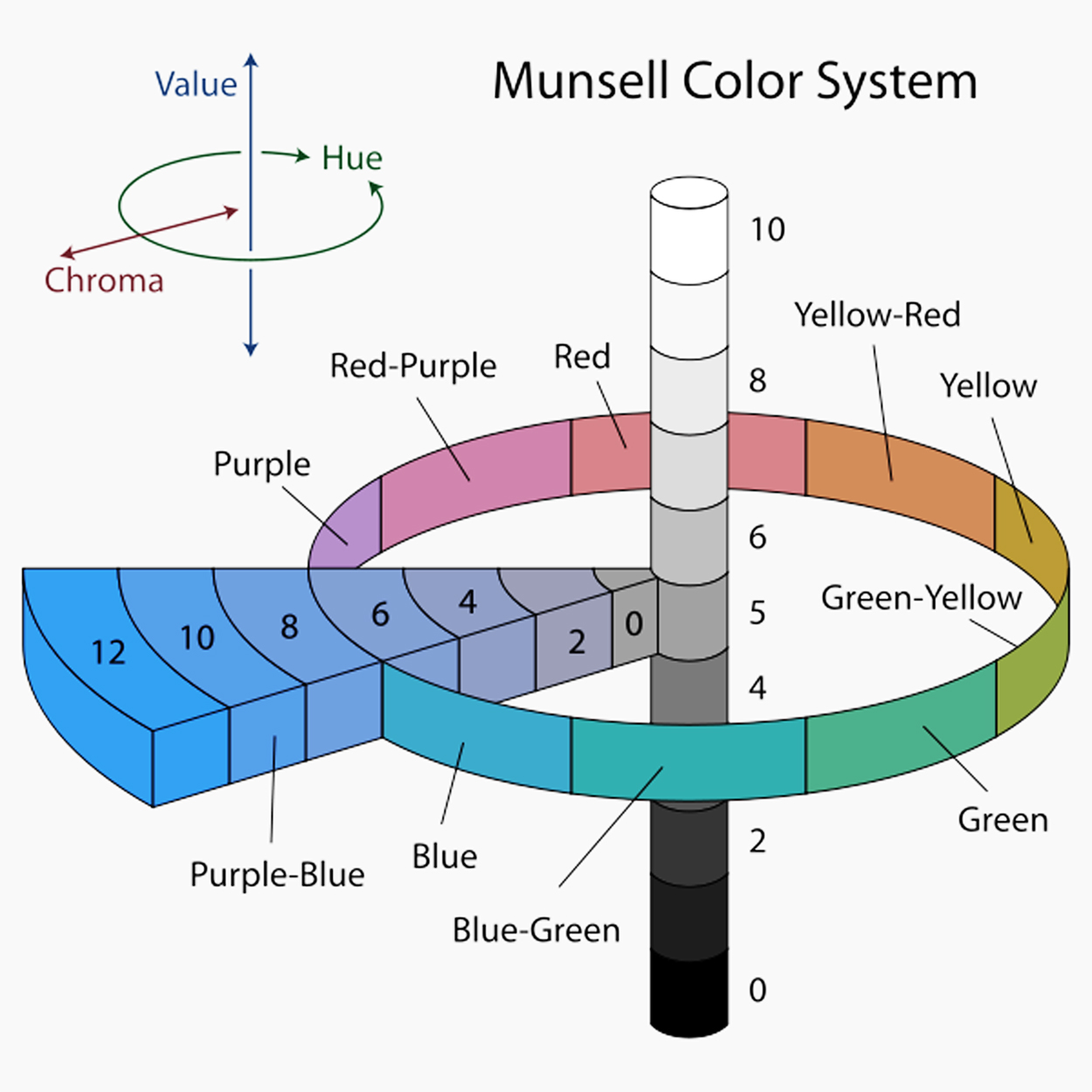 Now that you understand the three color traits of Hue, Value, and Chroma, you can understand artist Albert Munsell's color theory. He was an artist who developed a system for describing colors. Most color systems credit him as the foundation of their color theories. And he definitely is the foundation for the ColorBreeze System.

The 4-Season Color System is what started the whole color analysis craze in the 1980s. They based on the basic color wheel where the cool colors are on the left, and the warm colors are on the right. People with cool characteristics (eyes, hair, and skin) were considered Summers or Winters; People with warm traits were either Springs or Autumns.

Before I go into the specifics, I would like to say that while compared to the much more advanced systems out there, including my ColorBreeze System (which has a total of 28 seasons!), the 4 Seasons seem woefully outdated and almost ineffective. Indeed, I've heard that color analysis, in general, is woefully outdated no matter how 'advanced' it may be. So the 4-season system usually is just dismissed as useless.
But I disagree. Upon those 4 seasons are what all the advanced systems are built. In reality, all the new seasons or categories are simply sub-sections of the broader main category. So understanding the 4-Seasons and what they are about is very important.

Even if you never wanted to learn any of the advanced color systems and you only wanted to stick with the 4 seasons, that's ok. You will be better off than those who have no interest in enhancing their natural coloring and instead just follow every fashion color trend that comes along.

If you do nothing but determine your basic undertone of warm or cool, you will be able to know what jewelry and metals will look better for you (silver for cools and gold for warms), or whether you should choose peach or pinky lipstick and blush (pink is cool; peach is warm). I assure you this is a crucial thing to get correct.

Study the concept of the original basic 4 seasons, and then you can move on to the more complex systems later.

The 4 Season Color System just happened to match beautifully with the colors one would see in the North American landscape as they experience the 4 distinct weather seasons of Summer, Spring, Autumn, and Winter. 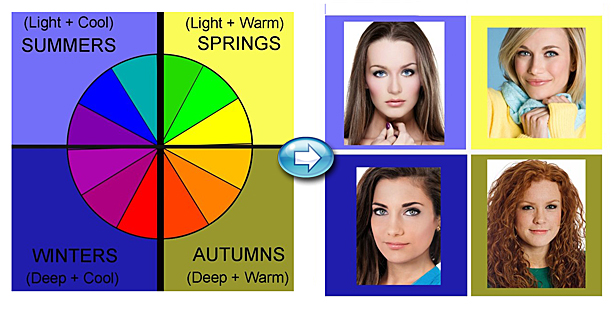 All of the seasons in the 12-season system and my ColorBreeze System are some sort of variation of these 4 main seasons. They are important to understand well.