Is a Virtual Color Analysis Accurate? 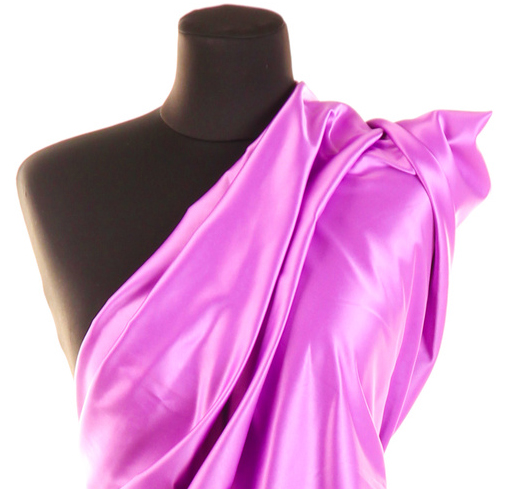 Let me answer the second question with certainty: NO, an in-person draping guarantee an accurate analysis?

I know this because I have had many clients who spent hundreds of dollars on real live drapings only to come to me and ask for a second opinion. Actually, I have had too many to count who have had multiple drapings – the average is around 3-4 by the time they come to me - (I think I need to advertise more!)

Not only were the draping results different than my results, often they are so off the mark, it's startling. How can this be?

Here are my thoughts:

There are several reasons, but here are the two I feel are most at fault.

First, the color analyst might be using a system that just is not accurate. For example, how many women were draped in the 1980s? Many were correctly analyzed, but many more were not. The reason was simply because the system had major limitations; namely, it only had four seasons. It is a great start. But it is not accurate for everyone.

Other systems are just more accurate than others. I, of course, think that my ColorBreeze System is the most accurate system available.

But a system is accurate only if the analyst knows what they are doing.

Which brings me to the second reason:  Some people, even if they are fully trained and certified, simply do not have an eye for color. There, I said it.

Some cannot even distinguish warm from cool skin, much less identify one’s chroma. I don't say this to be mean; I say it from experience.

Some people, for example, have a gift for style, putting together wardrobe looks for people, and knowing what is fashionable at the moment at all times. This is not one of my strong suits, I admit.

My strength is color analysis: determining which categories a person best fits into with a palette that will help them look their best. So my point, again, is to emphasize that some people do not have an eye for color analysis. However, for some who are specialists in other areas, they can certainly partner with a skilled color analyst so they can establish a client’s seasonal palette. Then they can refer them back to their stylist, makeup artist, or whomever to continue on the other aspects of the client’s image.

Are there limitations to virtual color analysis? Of course.

First, if the photos are inaccurate, I cannot do an accurate analysis. It is the client's responsibility to send accurate photos because I, of course, will not know which ones are and which aren't true to life. Lighting can alter skin tones significantly.

I am aware of this and rarely ever do a virtual analysis from one or two photos. In fact, I think on average I get about 10 to 20 photos, sometimes more.

fyi: Here is a link for some tips on ensuring an accurate virtual color analysis with me.

I think I've mentioned before in my newsletter that having done over 8000+ virtual color analyses, there have been maybe 3 or 4 that I could not determine. This was mainly due to half the photos showing her skin to be warm and the other half cool. This is definitely the biggest limitation of virtual color analysis.

So virtual color analysis would not be a good option for someone without lots of accurate photographs, and I have turned down a few clients who simply did not have enough good photos.

But if photos are clear and accurate, my virtual color analysis is as accurate as it would be if I did them in person.

Back to in-person draping:  I've heard from several analysts who use a different system than I do that their drapes are "calibrated" to be absolutely accurate and fool-proof.

This is non-sense and here's why: while a good set of drapes are very important, there are none that can independently determine a client's season without human interpretation coming into play. You can have the best 'power' color on a client and if you don't have the eye to see it, the drape is really pointless.

I hear it all too often from clients who were draped multiple times that different analysts came up with different conclusions. So how can in-person draping be touted as absolutely necessary for an accurate analysis?

This is actually a huge issue in the world of color analysis.

I've had several people tell me they were draped by different analysts from the same company –for example, the same company who say they are fool-proof and who is one of the biggest critics of virtual analysis – and STILL they came up with different results! So much for fool-proof drapes.

So how does one increase their chances for an accurate analysis? Testimonials are important, but I would also ask to see some before-and-after photos. Because the whole purpose of color analysis is to look better AFTER the draping than before. Otherwise what is the point of being analyzed at all?